The America the Beautiful Quarters series consists of 56 new quarters that honor one national park or historic monument in each of the 50 states, Washington, D.C., and the 5 U.S. territories. The basis of deciding when each new quarter is released in the America the Beautiful quarters series hinges on when each site honored became recognized as a national park.

If the popularity of the 50 state quarter series was any indication of how a coin series with ever-changing designs can excite the public, then there is a wonderful chance that the National Park Quarter series will inspire a whole new generation of coin collectors.

What Makes This Coin Program So Unique?

If the America the Beautiful Quarters program sounds ambitious to you, then you’re exactly right — it’s actually the largest U.S. coin design program to date, with 56 planned designs.

While some numismatists reading this might be saying, “Hey, wait a minute, there were 56 quarters in the ‘States’ program, too…”

Well, not exactly. The 50 States Quarters program really did consist of just 50 quarters, with the last officially being the Hawaii quarter in 2008. 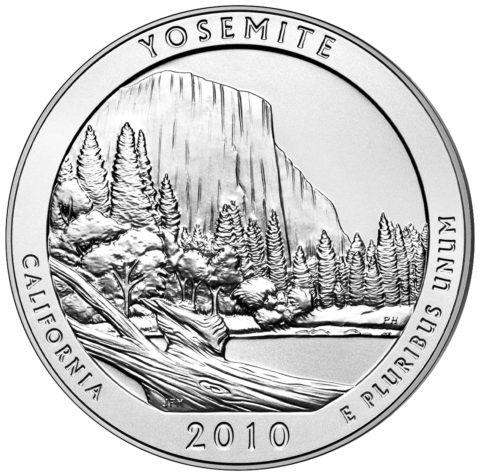 Even in the case of the “repeats,” different designs will be incorporated on those new coins, providing a fresh numismatic look for these beloved national landmarks.

Will There Be 56 New Quarter Designs Coming Again In 2022?

Clearly, the United States quarter will continue being used as a canvas for many new coin designs for years to come.

It’s even possible that once the America the Beautiful Quarter series honors its 56th coin in 2021, the U.S. Mint might continue with another run of 56 more designs that continue until 2032! That means, if renewed, the nation will have ever-changing quarter designs until at least 2021 — and perhaps into the 2030s.

What Will U.S. Quarters Look Like After This Series Ends?

You may be curious about what design will appear on the U.S. quarter after the National Park Quarter series has been completed.

So far, plans are to return to the same portrait of Washington that appeared on the quarter before the 50 State Quarters design in 1999. However, the heraldic eagle that so proudly adorned the reverse (tail’s side) from 1932 to 1998 may never fly on the quarter again — because a design showing Washington crossing the Delaware River before the Battle of Trenton is slated to become the reverse image once the National Park Quarter series ends.

Who knows… we may never again see a new Washington quarter with the classic and widely familiar heraldic eagle reverse.

Each National Park Quarter has an obverse featuring George Washington and a reverse design honoring a national park.

This wasn’t surprising — especially since Roosevelt was a pioneer in setting aside massive amounts of land to preserve our nation’s forests and wildlife.

However, it was decided that the Washington design would remain on the obverse (head’s side) of America the Beautiful quarters.

Following is a rundown of the different America the Beautiful Quarter designs and release years, in the order they are being struck.

Each quarter is being released in the order that the park or monument honored in the design was recognized as a national site.

NOTE: While Hot Springs National Park was the earliest to be established and be honored in the America the Beautiful Quarters program, the Tuskegee Airmen National Historic Site in Alabama was established November 6, 1998. That quarter is slated to be released in 2021. Coin Collecting At Its Best

Of course, not to be forgotten amid the flurry of new quarter designs coming out of the U.S. Mint every 10 weeks or so is the swarm of new collectors who will be coming into coin collecting thanks to interest in the new quarters.

The 50 States Quarters program brought millions of new collectors into the fold. It is likely the hobby will continue to see similar numbers of people entering into coin collecting (or returning after many years away), thanks to the America the Beautiful Quarters program’s unique quarters.

Keep checking your pocket change and start filling up an America the Beautiful Quarters folder!

More About America The Beautiful Quarters

5 thoughts on “America The Beautiful Quarters: A List Of All The Coins In This Popular Series + Little Known Facts About National Park Quarters”