Why U.S. Dollar Coins Are Not Circulating

How many portraits of George Washington do you have sitting in your billfold?

If you’re like most Americans, you probably have plenty of one dollar bills in your wallet or purse. You likely haven’t put much thought into using any other form of money but the trusty dollar bill to pay for low-expense purchases.

But what about using dollar coins? 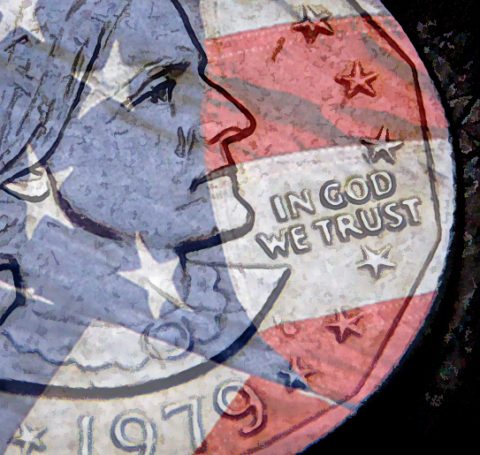 The U.S. Mint has been trying for decades now to get Americans to grow fond of using the dollar coin for everyday purchases for these reasons:

So why don’t more people use dollar coins instead of dollar bills?

Dollar coins have had circulation problems since the U.S. Mint started making them in 1794. In the 1970s, Americans had good excuses not to use the dollar coin. Eisenhower dollars (1971-1978) were large and heavy — like the old silver dollars of the 19th and early 20th centuries.

However, the U.S. Mint made a few mistakes when coming up with a revolutionary design for a dollar coin — as seen with the Susan B. Anthony Dollar. The biggest problem with Susan B. Anthony dollars is that they are almost identical in size to the quarter.

Furthermore, because Susan B. Anthony dollars and quarters also are made with reeded edges (those ridges on the edge of some coins) and have the same copper-nickel metal composition, they were often mistaken for each other.

In 1999, the need for dollar coins for vending machines resulted in the re-striking of Susan B. Anthony dollars almost 20 years after the coin was last previously struck.

But even then, the dollar coin still had not found its stride in widespread daily transactions.

The public was ecstatic when, in 2000, the U.S. Mint first released the Sacagawea dollar coin (aka the “golden dollar”).

Bearing an image of the Shoshone Native American Sacagawea, the Sacagawea dollar coin was supposed to fix all the problems that were left to fester with the Susan B. Anthony dollar coin. Though the same diameter and weight as the Susan B. Anthony dollar, the Sacagawea dollar is different in other ways:

The Sacagawea dollar coin has:

So why doesn’t the U.S. dollar coin circulate well today?

The exciting Presidential dollar coin series (2007-2016) was expected to stir more public interest in using the dollar coin. However, the dollar coin barely qualifies as a circulating coin — in the actual sense.

The situation has officials at the U.S. Mint (and plenty of other people) scratching their heads.

It could be that the public simply sees the dollar coin as a novelty.

Think about it… do you save a dollar coin if you happen to find one in circulation? Or do you spend it, just as you would an ordinary dollar bill?

Many people seem to think of dollar coins as something special. Therefore, most don’t like to spend them.

While the public is not used to seeing dollar coins, they really are nothing “special” or uncommon. Since the 1970s the U.S. Mint has been making hundreds of millions of dollar coins annually for most of the years that dollar coins have been struck for circulation.

It could just be that the most significant reason we do not use dollar coins is that we still have an alternative — the dollar bill — that we are already used to spending on a daily basis.

Should the nation stop producing dollar bills, if for nothing else than to force the public into using dollar coins? No doubt this would do the trick. But would it be a popular move?

That is just what the doctor ordered for our friendly neighbors to the north. In 1987, when the Canadian government first issued the gold-colored Loonie dollar coin (named for the Canadian Loon pictured on the coin), the Canadian dollar bill was removed.

The transition was smooth for Canadians. Now, the Canadians even use a Toonie 2 dollar coin. The use of both these coins was widespread and without controversy.

Will The Dollar Coin Survive?

The U.S. Mint is doing whatever it can to promote the usage of dollar coins in America.

For example, in 2008, the Mint launched a campaign in 4 U.S. cities (Austin, Texas; Grand Rapids, Michigan; Portland, Oregon; and Charlotte, North Carolina) to encourage the use of the dollar coin in everyday circulation.

In 2009, the U.S. Mint worked with Disney World to give dollar coins in change at their EPCOT and Magic Kingdom parks. What are the benefits of using dollar coins?

Since they last longer than dollar bills and are recyclable, the U.S. Mint estimates that dollar coins will save our country billions of dollars over time.

Will this campaign (or any others like it) actually work?

Those prospects are doubtful.

Our culture is used to the light, foldable, easy-to-carry dollar bill. Generations of Americans have used the dollar bill, and they have become as much a part of our culture as has the penny (another monetary item that may not have long to live).

Therefore, the only way our nation will ever truly wean itself from its paper dollar fix is to do as our northern neighbors did and rid itself of the dollar bill altogether. This move, though it may sound rash to some, is just what our nation needs to do to make the dollar coin a part of mainstream circulation.

The savings in cost of making those long-living dollar coins versus quick-to-degrade dollar bills just may help relieve some of that national debt we all keep hearing about, too! In addition to the links I’ve included above, here are some other resources to help you learn more about U.S. dollar coins: