Look For These In Your Pocket Change: Bicentennial Coins 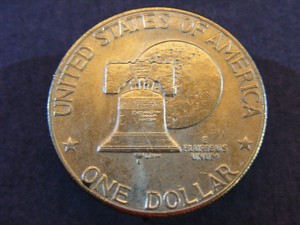 Bicentennial coins are popular with coin collectors — especially those who rely on pocket change to find their coin treasures.

The Bicentennial — the 200th birthday of the United States — was celebrated in 1976 with special commemorative designs on the quarter, half-dollar, and dollar coin.

While worn bicentennial coins are worth only face value, they can still be fun to find in circulation.

Buyer Beware: Shop At Home Coins On Shop NBC & HSN May Not Be The Best Deal

4 thoughts on “Look For These In Your Pocket Change: Bicentennial Coins”