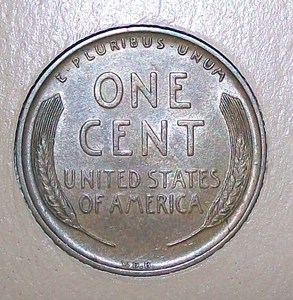 In fact, it takes more than just seeing VDB on your penny for it to be rare and expensive. It also takes an S on your coin, along with the VDB, for it to be the key coin that is worth $650 to $1,000… or more.

But what does the VDB and the S mean on the 1909 Lincoln cent?

Facts About The 1909 VDB Penny

The 1909 pennies with VDB were the very first examples of the beloved Lincoln cents, which have been made continuously since 1909 — and are by far America’s longest-running coin series.

Even back in 1909, everyone seemed to know the Lincoln penny would be special…

People lined up all around the Philadelphia Mint on the morning of August 2, 1909 — the day the coin was released — for their own shiny specimens of the new coin. In the following days, enterprising young children in Philly and San Francisco sold new 1909 VDB and 1909-S VDB pennies for a nickel or dime apiece (respectively). Some even charged a whopping quarter!

Here’s another interesting bit of trivia behind 1909 VDB pennies…

They were minted for only a few weeks before the public complained about the prominence of Brenner’s initials (VDB) on the reverse of the new penny. The U.S. Mint swiftly removed the initials from the coin, leaving the Lincoln cent without any artist marks at all until 1918 — when “VDB” was restored to the coin in tiny print under Lincoln’s shoulder.